FPGA for mining: what trends will prevail in 2019

Revolution in mining is coming up. Most likely, users will switch from their previous unbeaten ASIC devices to FPGA, but GPU will be used only for games and neural networks. Will we witness such a transition this year?

FPGA (Field-Programmable Gate Array) is a programmable logic integrated circuit. Its main difference is the incredible machine logic adaptability and flexibility. It does not require any electrical work to do, since everything is achieved at program level. Most modern FPGA devices can work with complex algorithms, which makes them an outstanding option for mining.

Multichannel parallel computing systems are created on the scheme basis. The guarantee of data processing logical independence along with colossal chips reliability create competition for DSP and ARM signal processors, as well as allows scalability for the architecture. 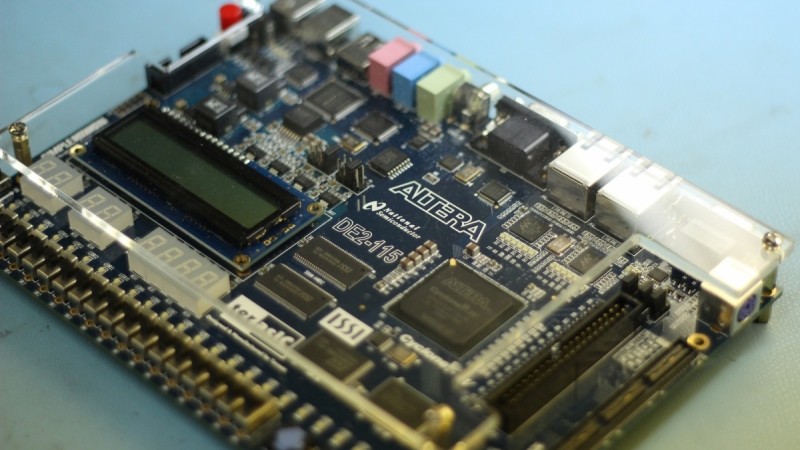 FPGA-matrices are ​​used in the aerospace industry, medicine and computing due to its flexibility and customization for different tasks. They are ideal for some applications, because they perform many similar operations in parallel.

This type of equipment is hardly innovative. The first FPGA scheme was developed back in the 1980s by Xilinx, the current industry leader. Until recently, with a number of drawbacks, these boards were a transitional step between GPU and ASIC in terms of mining.

FPGA appeared as an alternative to central processors and video cards, which was enough for miners at first. Their main advantage was that CPU or graphics processor could be switched to another blockchain project, without limiting to one “branch”. Miner formed an investment portfolio of several cryptocurrencies and felt safe in the stormy and volatile crypto market. If the profitability of a particular coin decreased, it was possible to switch to another blockchain.

This led to the ASIC appearance. Powerful and narrowly targeted devices made it possible to extract more tokens, but only within a single algorithm. Which is the main drawback - a tight binding to SHA-256 algorithm for instance. If cryptocurrency profitability decreases - you basically can’t do anything about it, besides having a positive thoughts that sooner or later it will return to the top before ASIC becomes obsolete.

In the short span between these two major mining options, FPGA came into existence. They combined the flexibility of choosing blockchains (like GPU) and, at the same time, they had a higher computational power (like ASIC). Already familiar Xilinx and Altera (now is a part of Intel) took a lead in this market. The market capacity should reach $10 billion by the 2020.

There are two main problems in mining for the mass FPGA introduction: the complexity of configuration and high cost compared to even the most expensive ASIC.

Overwhelmingly high flexibility and board architecture specifics turned entry-level miners away from it. In fact, FPGA can be programmed to perform any operations. But for this you need to have skills and certain knowledge base. While with out-of-the-box GPU card you have a BIOS, in case of FPGA you have to deal with tabula rasa. So you have to code in Verilog or VHDL.

ASIC devices in this regard are much more user-friendly. It was enough to just turn them on, select a pool, configure through its web interface and create a worker. The limitation of a specific algorithm within a particular blockchain is compensated by the ease of configuration and lower price compared to FPGA.

Bitstream software as the basis of FPGA

The bitstream shell program is written in either Verilog or VHDL. Suppose you want to connect to a specific mining algorithm. For this you need a bitstream, which instruct FPGA how to work with the algorithm. After system boot, bitstream is uploaded into the FPGA volatile memory. They are very demanding on the RAM amount. The larger it is, the more bitstreams to store in the device memory (up to a hundred with 64 GB). Switching between algorithms in case of properly configured software takes a split second.

Important thing to consider is that it is impossible to allocate power capacities. It means that you cannot use 60% of total capacity for mining, say, Monero and leave 40% for Litecoin. All available resources are used for one algorithm.

In 2018, miners considered taking a step back to more adaptive and less productive devices. This was due to the fact that the basic cryptocurrency rates dropped, so ASIC owners couldn’t do anything about it, as they were forced to stay within the framework of the selected algorithm. 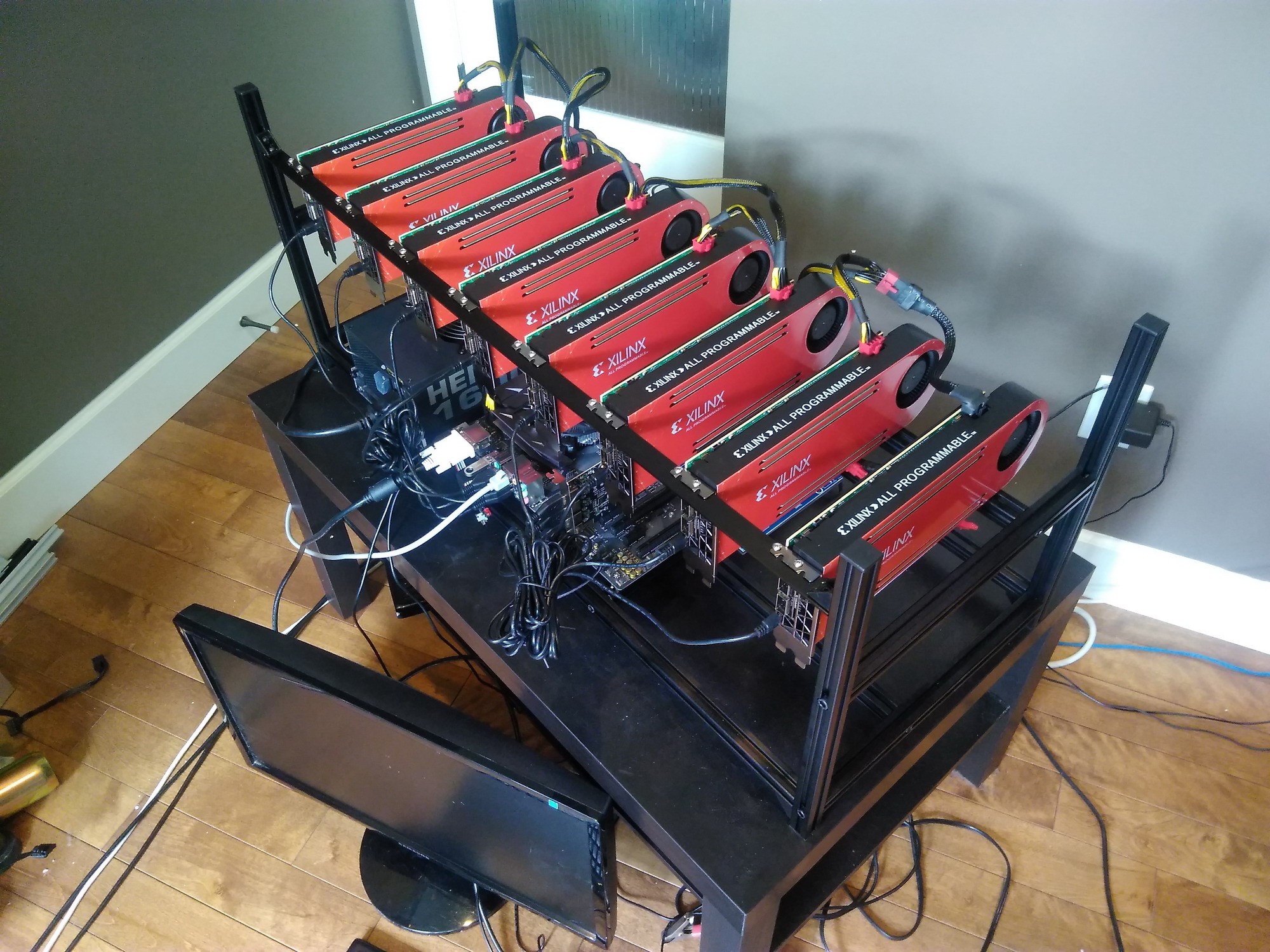 Flawless FPGA devices may be released later this year. Some startups promise to produce devices with a hashing speed 10 times higher than GPU, and the speed of switching to other algorithms will take seconds.

The main obstacle is the high cost of these devices, due to main company XilinX monopolistic position in the market. One device costs $4.000, so the price of a farm of 6-8 FPGA devices will vary from $24.000 to $32.000. On top of that, the boards are still demanding to PC configuration. However, the release of such devices is likely to happen this year.

Which FPGA to buy

So far, enthusiasts mainly work with the VU9P FPGA board by Xilinx. This is the most flexible product that can be programmed for various mining algorithms. However, none of these devices has been tested in a 24/7 mining mode. Therefore, for entry-miners with a long term intentions it is an issue.

Boards are planned to be accessible to a wide audience of miners, so developers will be able to write software and build an ecosystem around relatively unfamiliar equipment for miners. Note that the warranty on retail FPGA is not as long as on video cards, so they can be safely cooled using alternative cooling methods.

Zethereon, Altera and Mineority are engaged in production of large-scale commercial FPGA devices for mining, as well as a number of smaller development groups (ModMiner Quad, Icarus Project, etc.). While the market currently lacks such solutions, the demand clearly outdistances the supply. If the price of FPGA goes down to $3.500 at least, this may provoke a new hype and even higher demand. And then Xilinx company will be forced to expand for boards mass production. Good offer gives Belarussian company AetTech. 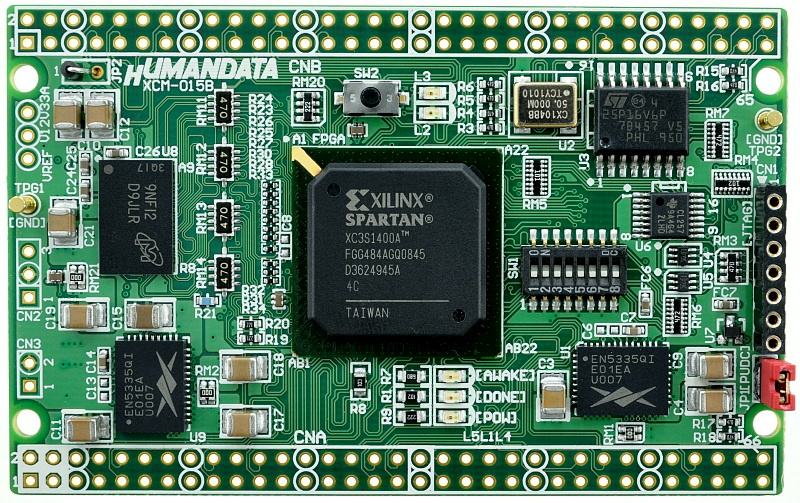 Additional small FPGA disadvantage is its poor cooling system, so the board requires a manual configuration and a small tuning. One of the cooling methods is immersion cooling. It evenly removes heat from all FPGA chips and maintains a stable temperature. Immersion cooling allows you to "play" with overclocking and increase competitive advantages in mining cryptocurrency.

On top of that, applying the immersion cooling method makes it possible to use the heat generated by FPGA miners for domestic our industrial needs. For example it can be directed to heat the floors and to provide hot water. This compensates the costs of yet expensive FPGA and makes the devices as profitable as possible.

Anyway, users have to wait until commercial solutions, that can change the mining world, are released.