While we were sleeping, I. Musk made another attempt to play with the cryptocurrency market and traders. He posted another tweet, adding lines from Linkin Park's song - In the end. 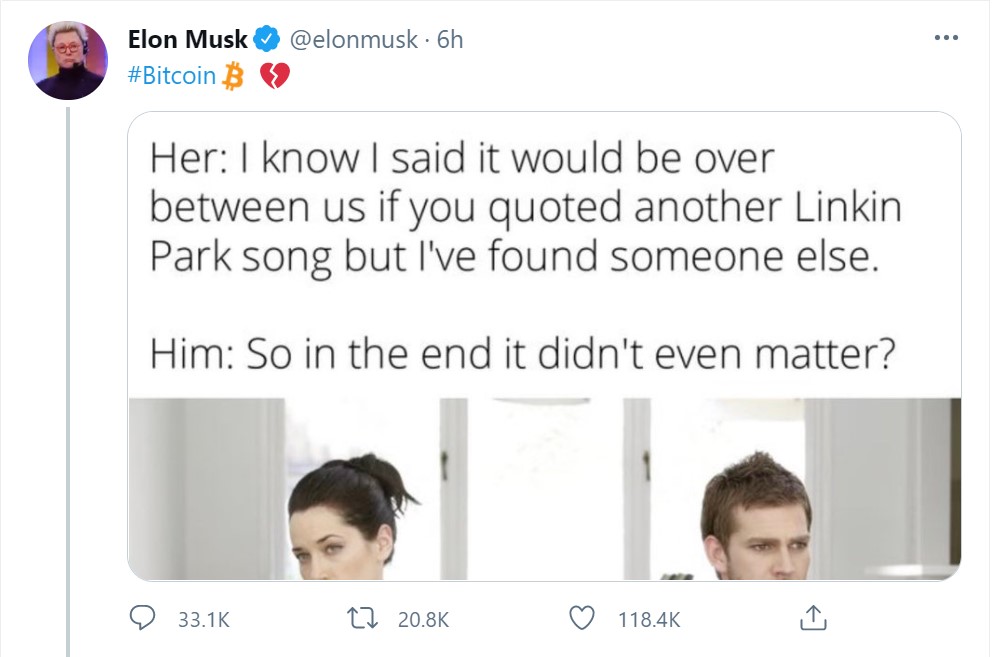 In particular, a picture was posted with a stock image of a young couple and the caption:

Her: I know I said it would be over between us if you quoted another Linkin Park song but I’ve found someone else.

Him: So in the end it didn’t even matter? (the original band’s line of the song: “It doesn’t really matter.”)

One of the creators of Dogecoin responded to Musk with the words from the same song: "Elon ... I trust you" (“I’ve put my trust in you” in the original). Then, Musk posted another picture with a girl that communicates with a young man online and claims she is bored. After that, DOGE (-14.6%, to 0.36 USD) and the majority of altcoins dropped in their price.