Centralization in mining. Is a “power grab” possible in blockchain?

Mining centralization and “51% attack”. This is what excites society since mining moved beyond PCs and acquired unprecedented scales. Is it possible for mining to be centralized and controlled by any authority?

Mining centralization and concentrating power in one hands - there are two ways this can go:

Centralization of mining will affect new blockchains that have just appeared to the fullest extent. They can be “occupied” quickly, generating profit at the expense of a dominant position. However, let's start with the most terrible and improbable scenario.

Option one: the manufacturer seizes control over the devices production

For example, one of the manufacturers will come to dominate marketplace. In this case, he can implement a backdoor at the software or hardware level and go on with one of the following scenarios:

However, consequences of such manipulations will instantly discredit the reputation of any company. A collective complaint and a long-term trial in this case will be only the beginning of the manufacturer’s collapse.

Anyway, even inexperienced users may notice unstable operation and atypical behavior of devices. Therefore, although any manufacturer has the ability to integrate such backdoors, it is inappropriate. It is more profitable for manufacturers to sell reliable and high-quality “shovels” for mining than put themselves at risk of being caught and receive low reward.

Option two: the manufacturer drives the equipment price up

This is another scenario where centralization will occur “from above,” albeit with a small degree of probability. A vendor-monopolist is able to raise the equipment price, thereby increasing the payback period, specific payment demands (for example, only in cryptocurrency), and also artificially prolong the delivery time.

However, in a competitive environment, such a move is almost impossible. New manufacturers regularly enter the market and they are likely to lower prices by dumping each other and fighting for customers.

Thus, manufacturers are not interested in the concentration of power in their hands only. On the contrary, it’s much more profitable for them to sell as many “shovels” as possible. The main danger comes from users.

Uniting in a pool can bring two options for mining centralization. In the first case one company will control more than a half of all pools. In the second case, it is possible to grab more than half of computing powers and come closer to the implementation of the "attack 51%" strategy.

Ones miners began to unite in pools, the danger of centralization appeared. Prior to that, the blockchain was not supposed to be decentralized and no one could influence transactions. For a long time, pools did not control even 20% of the network, not to mention 45-50%. But with the grows of mining popularity, users have become more active in entering pools.

The main feature of a pool for participants is a guaranteed reward. Let’s say, that a blockchain network consists of 10 participants. Each of them has a farm of the same capacity. According to this, the probability of getting 10 bitcoins per 100 days of mining is about 1/10 for each of them. However, you can’t say fore sure who will break the bank and who will get nothing. If miners unite in a pool, the reward is guaranteed. It will be divided among pool members equally.

Due to rapid developing, pools began to take a commission for guaranteed reward. Gradually, miners began to unite in pools more often, devaluing the possibility of an individual participant to receive a reward. Complexity of the network has grown, and some pools in the same Bitcoin network have won back substantial shares from other participants.

For example, the GHASH.io pool at its peak controlled 40-45% of the computing power of the Bitcoin network, and its competitor BTC Guild had 25% of the capacity. If these two pools united then, they would have 70% of the network capacity by now. In a decentralized network, such a concentration would allow to reject transactions between wallets. Users even say, that some pools created several blocks in a row, as if checking a possibility of the network. It was also suggested that GHASH sells the power of the pool at a fixed rate through dummy channels, expanding the already enormous influence.

In early August 2018, media reported a decrease in the shares of the largest pools of BTC.com and Antpool. These are Bitmain-controlled pools, whos market share reduced by up to 30%. This let shares of small miners increase again. Also, users got the opportunity to use protocols with their own block patterns. The developers have illustrated this decision with an exclamation: “Miners became miners again!”.

It turns out that the probability of the “51% attack” still remains due to the concentration of computing power. But centralization leads to vulnerabilities and an increased risk of network hacking. Therefore, the concentration of power is not always in the interests of the "headquarters". 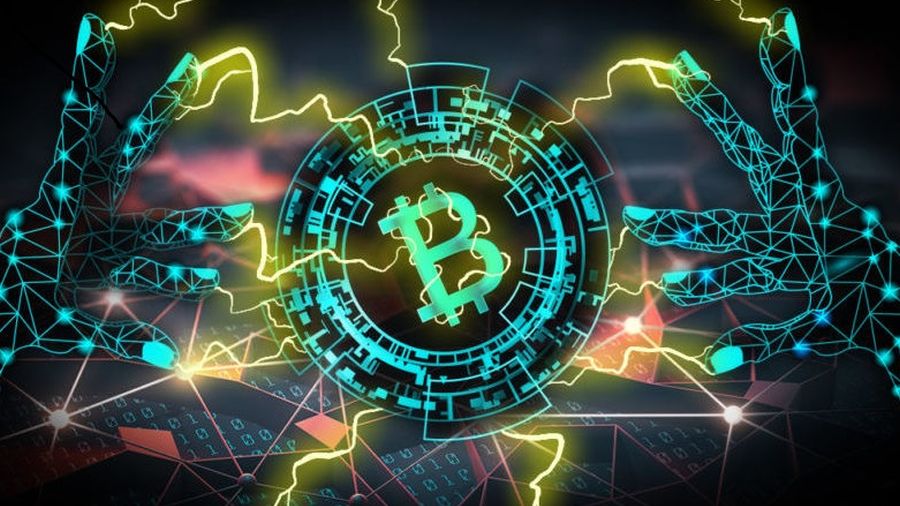 The “51% attack” is the Achilles heel of the Proof-of-Work algorithm. Since the calculations take place day-and-night, miners constantly offer  correct hashes. Then there is a fork in the blockchain and participants consider only that branch in which more blocks were generated and include it in the network.

If they obtain more than a half of the hashrate, miners can add their own branches of calculations, blocking new ("fair") transactions. In addition, miners can revoke completed transactions by transferring the same coin several times in a row. This is called double waste and is actively used by invaders.

Analysts say that altcoins and young blockchains are much easier to crack. To attack Bitcoin, for example, you need to invest about 50-60 billion dollars.

The most essential attacks of recent months:

The absolute panacea against the “51% attack” or centralization does not exist. Theoretically, it is possible even on the Proof-of-Stake algorithm. Vitalik Buterin, the founder of the Ethereum network, recently proposed a solution. He believes that developers should add nodes to their networks that will monitor the consensus. Nodes will not only automatically upload results, it will also increase the system fault tolerance up to 99%. And then the “51% attack” can be carried out only in the form of an attack of 99%. False transactions always differ in time and inconsistencies and can be blocked in real time.

Hopefully, the rest of the developers are not idle and are keen to maintain decentralization in such rapidly growing blockchain world too.