How to Detect and Cure an ASIC virus

Since the beginning of 2019, ASIC owners complain about stolen hash capacities. Hackers infect user’s devices with malware which is programmed to transfer the reward to their workers, bypassing the addresses of the owners. Some hackers manage to earn more than 1 BTC per day only due to the viruses in other people's devices.

Where do the infected ASICs come from?

The hype of cryptocurrencies could not help but attract hackers. But in case of a wallet or blockchain it is rather difficult to “hack” it, turns out things are much easier with using victim’s equipment as a remote miner. In 2018, the growth of hidden mining malware reached 4467% compared with the previous year. However, it affected not only PCs and its hardware (video cards, processors), but specialized mining devices e.g. ASICs as well. In early 2019, a spread of malicious firmware was detected, which offered to Antminer S9 an overclocking potential of 18 Th/s. After activating the firmware, the Trojan virus blackmailer hAnt demanded a ransom of 10 BTC by threatening to overheat the device with its further disruption. 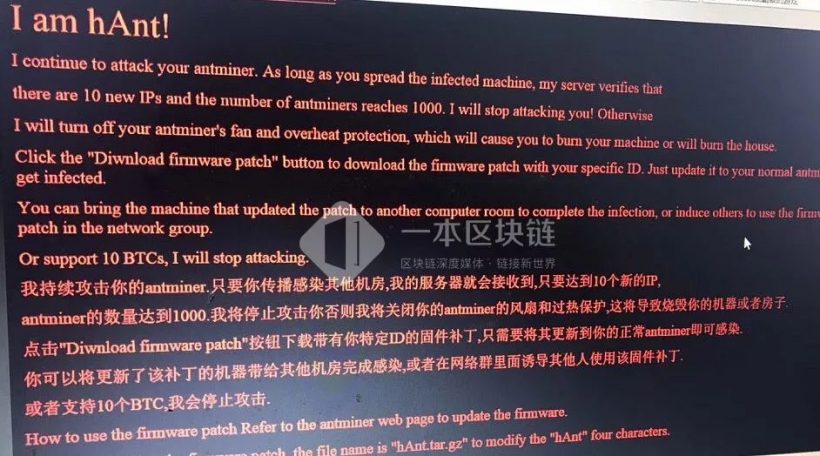 Later, one of the miners with 4 thousand of devices in possession informed of an unknown virus which had transferred about 8 thousand dollars of bitcoins mined during that day to a third-party address, until the address substitution had been revealed. The user was able to format the system and reflash the ASICs with an SD card, but it took more than four days. He was lucky to promptly disconnect part of the “healthy” machines from the local network. The reason of the whole situation was the custom ASIC firmware.

All these and new viruses are regularly created and constantly being modified by hackers. Malicious software is becoming harder to detect and more dangerous every day. There is no such thing as invulnerability. No one is 100% protected since after getting into a system, the Trojan quickly spreads to other devices, so it is necessary to restore them manually and individually. In case of ASIC S9 the firmware reflashment has the longest time compared to a standard scanning and curing procedure.

How to determine if an ASIC has been infected

An infected ASIC connects to another pool and starts sending the reward to the worker with the address of the hacker's wallet. The address of one of the last recipients exposed is: 3CJgXokLQrRCQcEoftS7MbPDSXhXpX6P55 (more at: https://www.nicehash.com/miner/3CJgXokLQrRCQcEoftS7MbPDSXhXpX6P55). Sometimes ASICs can be infected right from the start after purchasing them from China. The malware is often installed on already been used models for the purpose of reselling them and further stealing their terahashes. But more often users jump at the bait of performance and profitability acceleration and download the firmware by themselves. 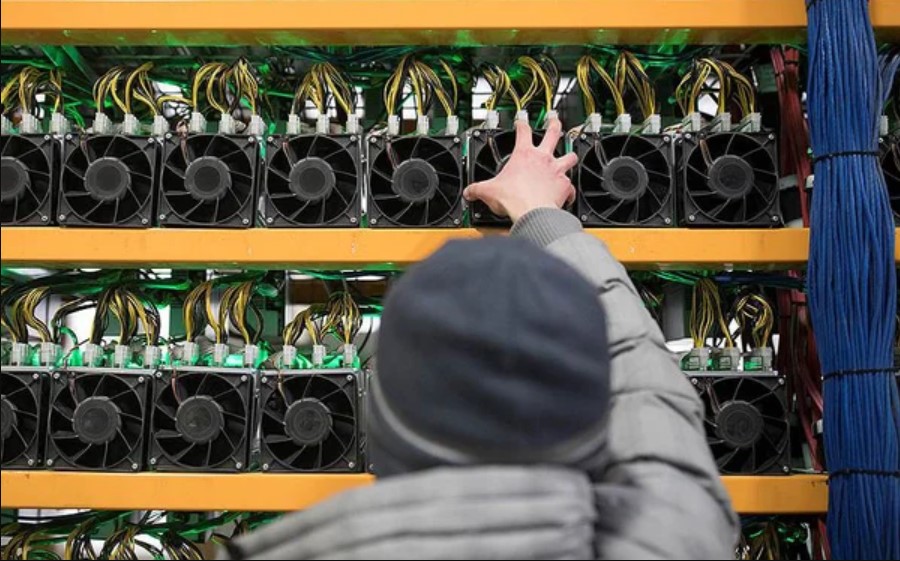 Unlike a typical development fee (DevFee) for the firmware usage, this virus is there for 12 hours a day mining for another user, which is 50% of your reward. Rolling back to the standard firmware helps only temporarily since this kind of viruses are able to reactivate itself soon and continue sending part of the reward to another user.

By the way, such trojan will not let you change the address to your own or reset configuration. It also blocks firmware updates. With this method hackers get from 0.5 to 1 BTC per day just by using someone else's equipment. This is 5 - 10 thousand dollars every 24 hours. We can only guess how many devices are already infected and how many will be in future. On such a scale of the "epidemic spread," security measures must be taken in consideration.

In some cases, a simple tool called WinSCP can detect the pool substitution. It requires entering the ASIC address, root name and password. Once you see the structure with files, check the bmminer.conf file in the config folder. If the foreign address mentioned above appears in it (3CJgXokLQrRCQcEoftS7MbPDSXhXpX6P55), it means your device is affected. Pools will also be different. (as in this case, nicehash).

How to cure an infected ASIC

To scan your devices, you can use BraiinsOS or other third-party scanners. In some cases with S9 virus, it only takes to reset the IP address and immediately install the official firmware to completely get rid of the malicious one. Anyway, the removal process takes time, requires knowledge and SD card with a capacity of 2 GB or higher.

At first you need to download Win32DiskImager tool. Then, insert the SD card into the card reader, run Win32DiskImager and copy the Recovery image for S9 to the memory card. After this step, it will be necessary to perform some manipulations with the ASIC board:

This indicates the firmware is being installed. After that, turn off the power, return the jumper to its place and remove the SD card. Then you need to assemble the device. After starting the ASIC, a well-known Bitmain menu should appear, through which you will be able to install the original or custom firmware.

What to do if the whole farm is infected

The above method applies when talking about a single device. However, as we know any virus spreads very quickly to all devices. If you have dozens or hundreds of ASICs in use, it will be hard to quickly disconnect them from the network as well as reflashing them one by one.

There is a solution represented by a comprehensive firmware for Antminer S9, T9 +, which has the following advantages over any kind of manual curing methods: 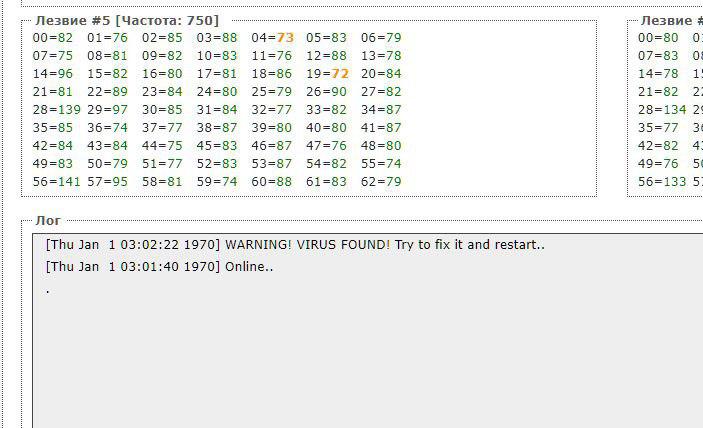 Built-in antivirus allows you to scan your ASIC S9, T9 + for viruses. In order to do this, once the firmware has been installed, navigate to the System > Security tab and press the Virus Check button to enable scanning.

Unlike with hacker products its distinguishing feature is the presence of customer support. Means that you can contact the developers with any questions and get advice. To guarantee stable and profitable mining without sharing the reward with anyone you must download the original firmware for ASIC from the official website.

MINING ASIC TECHNOLOGIES Longread
Latest news
1
BiXBiT: The 2022 Recap and New Year's Address BiXBiT
2
Beware of Viruses in Telegram Crypto Groups MINING
3
Announcement of BiXBiT review on Whatsminer M36s++ by MicroBT BiXBiT
4
How to overclock Whatsminer ASICs over 50%! Connecting an additional power supply to Whatsminer (2PSU) BiXBiT
5
Detailed Guide on How to Install the New BiXBiT Firmware via Whatsminertool BiXBiT
Related materials:
1
Which ASIC to buy in 2019: new models vs old ones on immersion cooling MINING
2
BiXBiT revealed an improved installation at TerraCrypto event in Moscow BiXBiT
3
5 reasons to switch to ASIC immersion cooling in summer MINING
4
ASIC evolution - what will happen to computing devices for mining MINING
5
What cryptocurrency to mine in 2022 and what equipment is relevant MINING
Telegram channel @bixbit_new