What cryptocurrency to mine in 2019 and what equipment is relevant

The cryptocurrency market gradually comes to life. The main cryptocurrency BTC has grown in price by 20% and this is not the limit. Equipment from retailers is still being sold at a discount, so this is a great time to start mining. As for those who already own ASICs and video cards, there is also good news - their devices can be given a new lease of life throughout overclocking and extending their lifespan in a dust-free environment.

What equipment is suitable for mining cryptocurrency

The very first Bitcoin block (Genesis Block) was obtained by the anonymous Bitcoin creator Satoshi Nakamoto on his personal PC. Back then, one CPU and one GPU were enough for the work. What has changed? 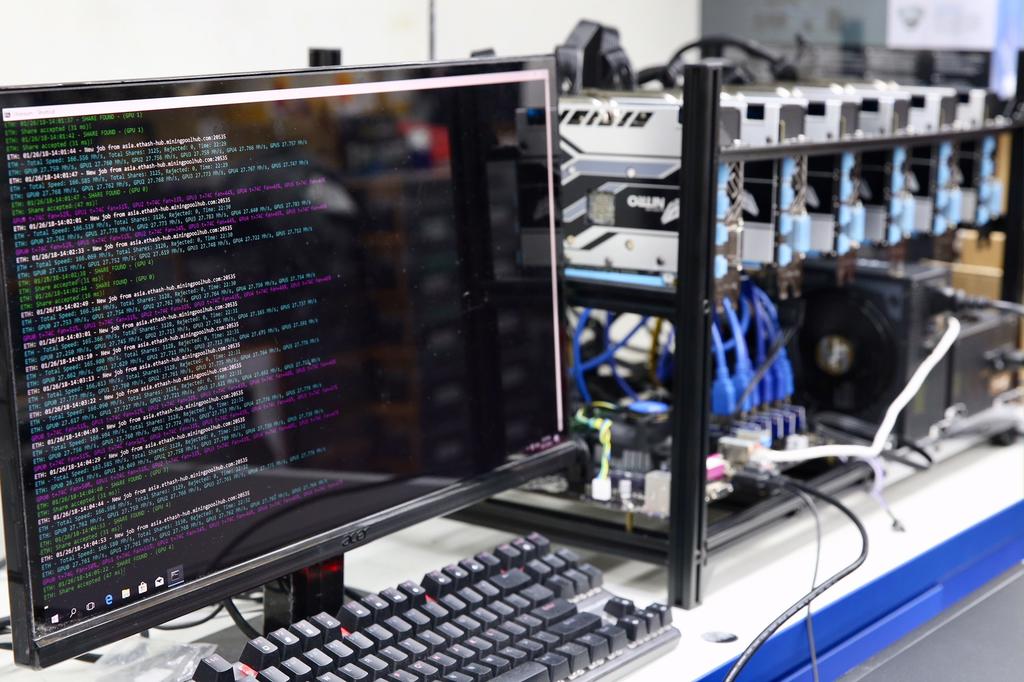 CPU. Still remains the most versatile tool for mining. This is possible due to its absolute flexibility and adaptability to different algorithms. The extraction efficiency varies depending on network complexity, so CPU mining in 2019 is applicable to either “young” or newly created coins. Most of altcoins are based on Cryptonight (Monero, Bytecoin, Electroneum), X11 (Dash, Pura), Scrypt (Litecoin, Dogecoin), Equihash (Zcash, Komodo) algorithms. The higher the clock frequency and the number of cores, the better. The following CPUs reach top tier results on Cryptonight algorithm: AMD Ryzen Threadripper 1950X, AMD Ryzen Threadripper 1920X, AMD Ryzen 7 1800X, Intel Core i5-7600K.

GPU. Though the era of mining with graphics cards is almost gone, there are still some algorithms left where GPU outperforms CPU and even ASIC. Video adapters are best at processing large data chunks with operations of the same type. The following algorithms are suitable for GPU mining: Ethash, DaggerHashimoto (Ethereum, Ethereum Classic, Musicoin), Equihash (Bitcoin Gold, Horizen, Zcash) and CryptoNight. In 2019, the following video cards are considered to be optimal: Aorus GeForce RTX 2080 Ti Xtreme 11G, AMD Radeon RX 580, ASUS GeForce RTX 2080 O8G, AMD Radeon RX 570 and others.

ASIC. These devices are programmed to perform a specific task under a specific algorithm. Their advantage is that the entire computing power of the device is aimed at performing a single task. You can program ASIC for almost any mining algorithm (some blockchains restrict access for ASICs though). But anyway, they are mostly used for SHA-256 (Bitcoin, Bitcoin Cash, Crown), Blake2B (SiaCoin, SiaClassic), X11 (Onix, Dash), Equihash. In terms of performance, the following ASIC models stand out from the competitors in 2019: Bitmain Antminer S15, Ebit Miner E11 ++, Canaan Avalon Miner 741 and, of course, the glorious Antminer S9 in all its versions.

FPGA. This is kind of new-old mining device that was popular in a short period of time during the GPU-ASIC transition and is basically a programmable valve array. It consists of semiconductors and can be programmed by both the user and the manufacturer. 95% of all FPGAs are produced in the USA. They consume less power than video cards and on top of that they are 15-30 times more efficient. The basis for FPGA is Bitstream, which is a firmware for the matrix. Unlike ASICs, FPGA requires this firmware to be written from scratch. Although you can simply purchase a firmware for such algorithms as Lyra2z, Nexus, Tribus, 0XToken. Bitstreams for X16R, X17 will be available for purchase in the near future.

Manufacturers constantly produce new devices for them to be sold on the market on a regular basis. But it is not always that new models are competitive to old ones. For miners it is a burning question of choice - to invest in new models or somehow try to find competitive advantages within the current equipment. Immersion cooling is one of the ways of vivifying old devices and squeezing out the maximum profit of them. Many companies put this method of cooling above the traditional and inefficient air cooling. 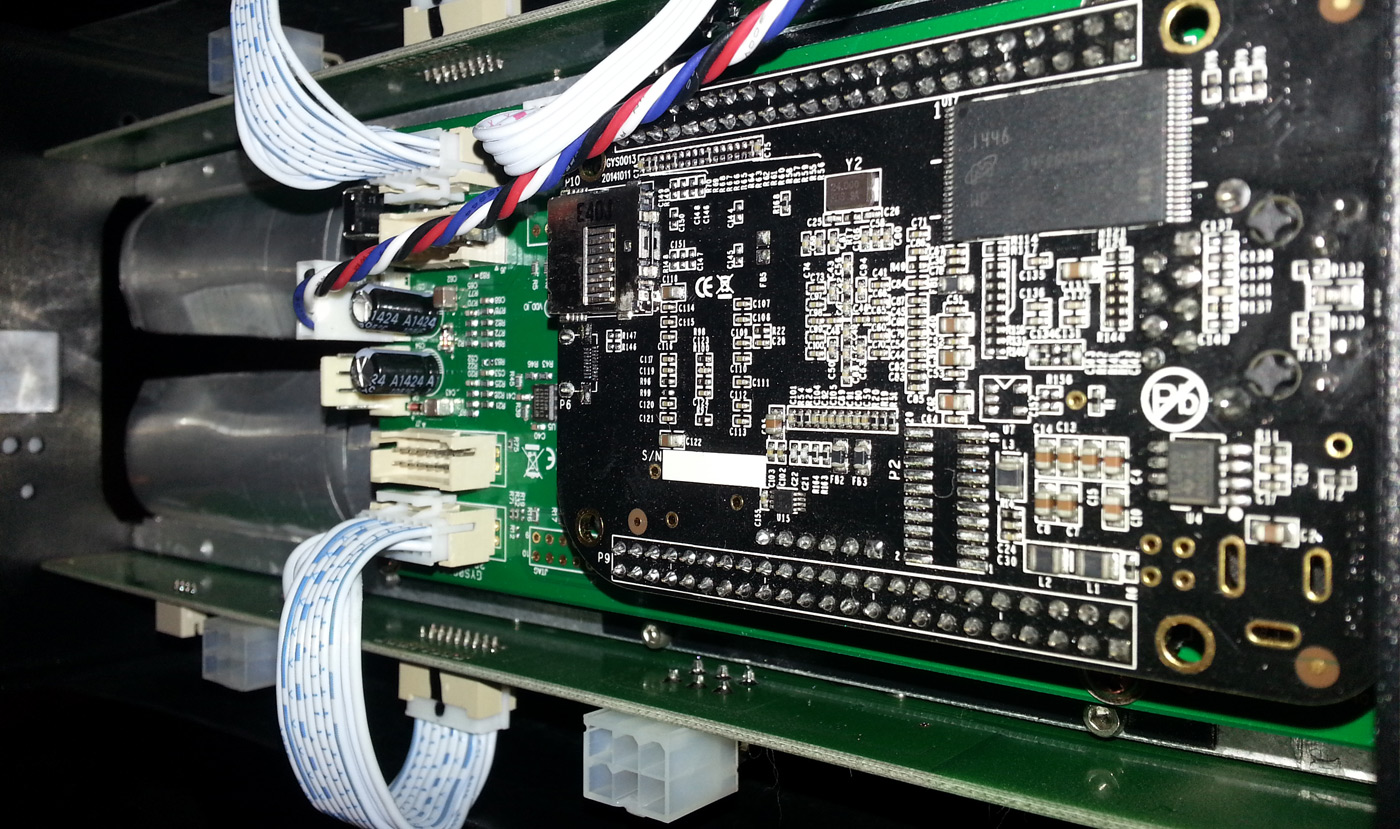 This method of cooling implies full submerging of computing equipment into a dielectric coolant so that the heat generated from the devices is evenly removed from all elements. The surplus heat energy can be discharged into the atmosphere throughout a dry cooling tower or directed to a water supply system for the purpose of heating floors and other similar needs.

Both new and used (pre-cleaned) equipment can be immersed into immersion liquid. Let’s analyze the viability of using immersion cooling from the perspective of a company that has strong expertise in cooling various types of mining equipment.

What can be run on CPUs

In fact, mining cryptocurrency with CPU has ceased to be relevant in 2010-2011. However, a laptop or desktop PC can be set for mining Monero (XMR) as a background activity. This, by the way, is often used by cryptohackers, since the Monero mining software can be installed on the user's device discreetly to spend some of CPU resources on hidden mining.

Monero is more or less the only profitable altcoin left that can be mined on a PC processor. The blockchain network has restricted access for ASICs on top of a pleasant 60-65 USD rate per token. Although, it must be taken into account that mining with CPU will can heat it very strongly. As for other coins, AEON on the CryptoNight-light algorithm is worth noting (1 AEON = 0.35-0.40 USD currently). 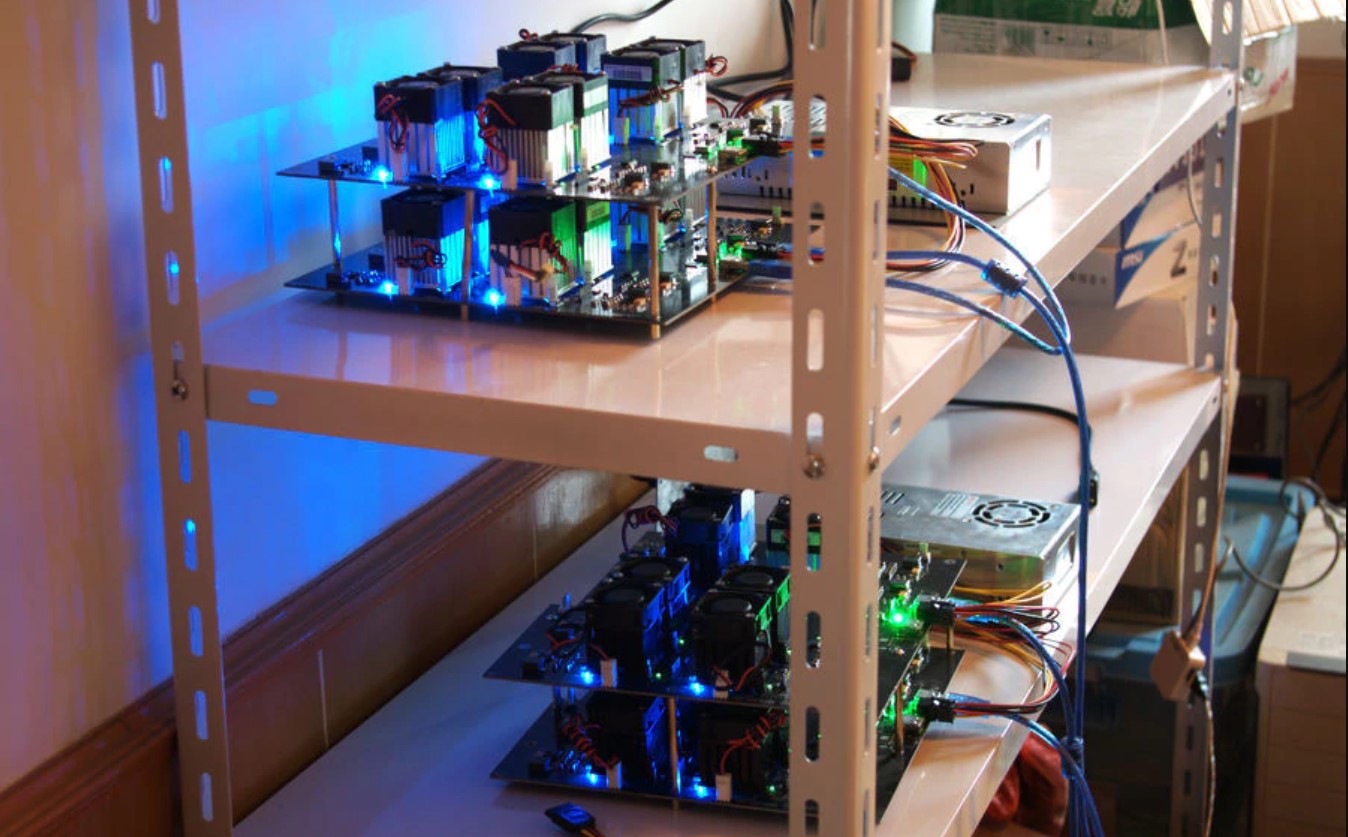 It is recommended to use immersion systems for CPU cooling in case of server hardware only, since nobody arranges CPU-based mining farms anymore.

Mining with video cards can hardly be called a good idea in 2019. Payback periods are measured in years and mineable coins aren’t very profitable. Let’s compare the profit of 24x high-end GPUs with 0.05 USD per 1 kW/h electricity rate to the profit you can get from old GPUs when applying immersion cooling technology.

Same calculations, but excluding cost of electricity (in case of a zero cost socket):

Thus, the GPU payback period is reduced by 5-6 times when applying immersion cooling.

What to use for Bitcoin mining

According to the asicminervalue.com, most miners for the SHA-256 algorithm are currently working at a loss or with minimal profit. Can immersion cooling improve the situation? 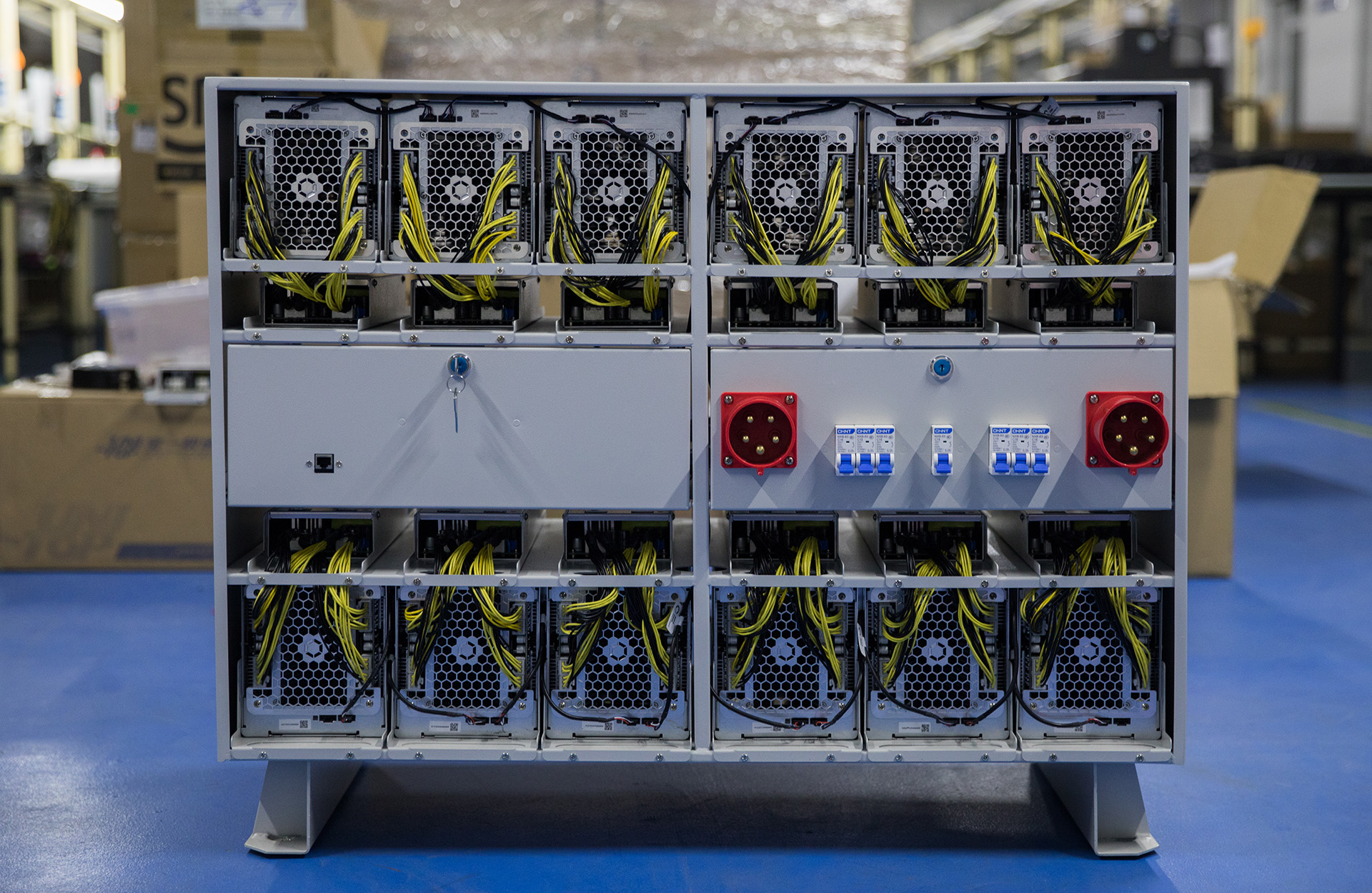 This device brings a "clean" profit of 6.49 USD per day. Produces 43 Th/s with a power supply unit of 2100 watts. The main requirements for profitability are the five-socket outlet and a stable rate of 5,000 USD for bitcoin.

Newly-designed product from Bitmain, which after April 9, has ceased to be the manufacturer flagship. It earns 5 USD in turbo mode with a power consumption of 1596 W. The chips based on the 7 nm process technology ensure a high energy efficiency of the unit operation.

This model, also known as a "veteran" of the mining movement is now working with minimal profit. It brings only 1.5 USD per day while consumes 1350 watts. Nowadays, there are more profitable models for this algorithm out there, but S9 will always remain one of the most popular devices.

The efficiency of bitcoin mining can be enhanced with immersion cooling. Its advantages for used equipment are obvious (on the example of Antminer S9j model). Let’s have a look at the following source data:

Same calculations, but excluding cost of electricity (in case of a zero cost socket):

Thus, when buying new ASICs, the payback period is longer than when using existing equipment that is overclocked based on immersion cooling. Payback period is reduced by 20-40%.

The use of programmable logic integrated circuits in mining is now being rediscovered. This is due to the fact that developers started creating bitstreams for different mining algorithms. But there are several major problems with FPGA at this point:

But FPGA has significant advantages: 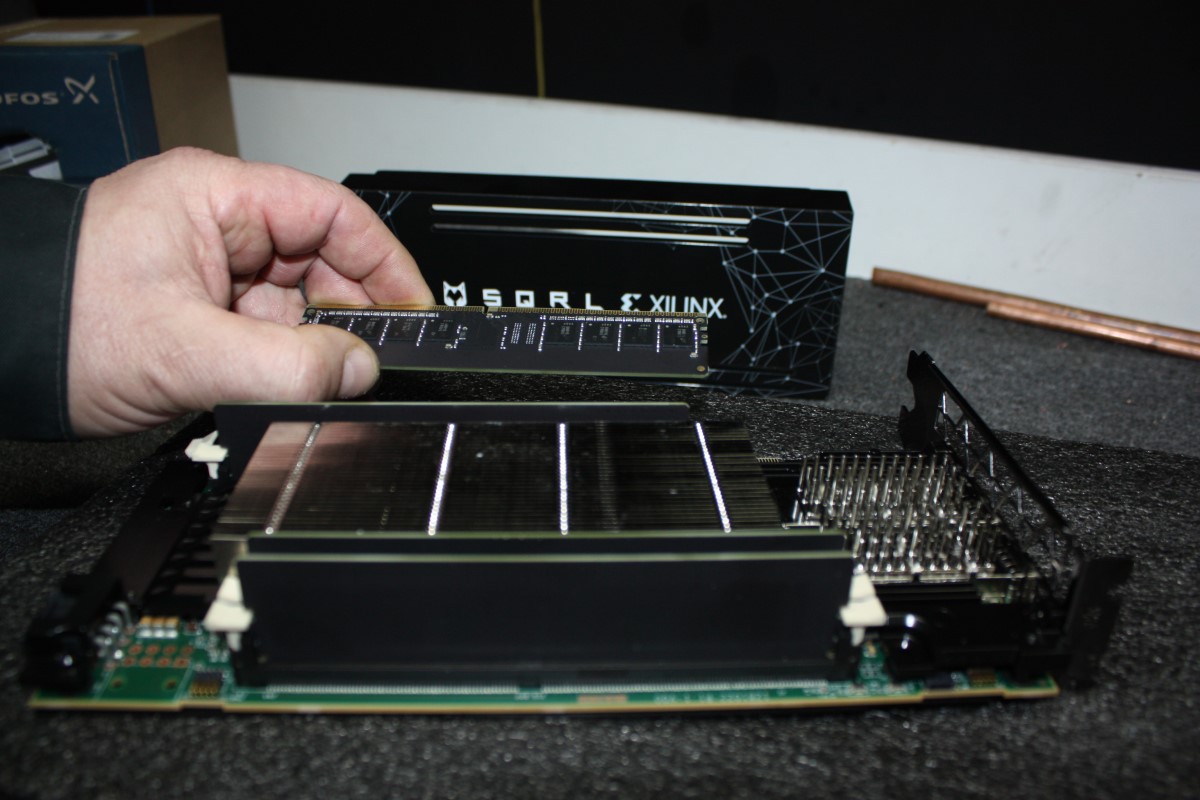 Let’s take one of the most popular FPGA boards that is suitable for mining - Xilinx BCU-1525:

When using immersion cooling for FPGA it is possible to get overclocking within 20%. This hasten the payback period of the equipment purchased and shorten time to net profit.

Thus, considering the current unstable cryptocurrency market and the need of cooling devices more effectively, especially with the onset of the summer season, immersion cooling remains the most profitable solution. It thermostats equipment at stable operating temperatures, grants overclocking and accelerates a payback period. Additional savings are achieved by eliminating air/venting conditioning, the cost of consumables, hiring technical staff and using the heat generated for household needs.