What Will Happen to Ethereum Mining After Switching to PoS

The Ethereum blockchain was launched on July 30, 2015 and has since become the second most important cryptocurrency project. It has a very broad functionality, including not only transactions and rewards for their verification, but also contains the basis for decentralized applications, smart contracts, monetization platforms, crowdfunding initiatives and much more. However, almost from the very beginning of the project's launch, users have been constantly reminded that Ethereum is "about to" switch to the Proof-of-Stake algorithm. What will really happen to the traditional mining model in this case?

From PoW to PoS

Let's briefly recap the differences between the two main mining mechanisms. Proof-of-Work requires the user to be online all the time and use 100% of his computing equipment. This is the only way he has a chance to get a reward for the block he completes. The mining device, be it GPU, ASIC, FPGA, is connected to the project's blockchain and monitors and confirms transactions (fund transfers) around the clock. Due to the fact that the network is decentralized, it does not have a single center, and copies are stored on all user devices. This allows for fast and reliable transactions that are "approved" by participants' devices. That is, for example, transfers cannot be cancelled, forged, amount substituted, etc. This mechanism reliably protects participants from abuse.

Most of modern cryptocurrency projects, including Bitcoin, Ethereum, Binance Coin, work exactly on PoW. But there is an alternative method for protecting network participants called Proof-of-Stake. In this mechanism, the user must also be in the network, but transactions are only verified by validators (authorized network members with enough coins in their account, in the case of Ethereum there must be at least 32 ETH). Depending on the network load, the most "weighty" validator or group of validators is chosen for verification. These are the largest coin holders. The rest of the participants are content with only commissions from the transactions made, charged in proportion to their contribution to the network. This will significantly reduce the profitability of the miners, but it will also reduce the power consumption of the network itself by a factor of ten.

PoS is used today, for example, by such well-known cryptocurrencies as Cardano (ADA), Solana (SOL), Algorand (ALGO), Tezos (XTZ), CELO and a number of other projects. In total, about 70 blockchains out of nearly 6,000 have chosen this particular problem-solving algorithm. PoS was also originally considered as a basis by Ethereum developers.

One of the central figures in the project is Vitalik Buterin. He is an ardent supporter of Eth's transition to Proof-of-Stake, despite the objections of the community itself and experts that it may lead to project centralization, user churn, a drop in its reliability and increased interest from financial regulators who are ready to equate tokens with stocks. For example, on September 19, 2016, Buterin appeared at the Devcon2 developer conference in Shanghai and said that the transition to PoS would not happen until the summer of 2017, and that in general it could last until 2020.

On December 10, 2018, Buterin flooded Twitter with a long post proving the benefits of decentralized blockchains in general and those built on PoS in particular. In a March 2019 he posted on Reddit that the transition was not as simple as previously thought. As a result, the transition to the new algorithm was constantly postponed to the end of 2019, then to the winter of 2020, and then there was talk of a hybrid algorithm between PoW and PoS. The main network became surrounded by all sorts of test networks, sidechains, and other tools designed to test the future transition. Primary among these is the Beacon Chain as the basis for the future Ethereum 2.0 main blockchain. It is already available for PoS-style transactions. 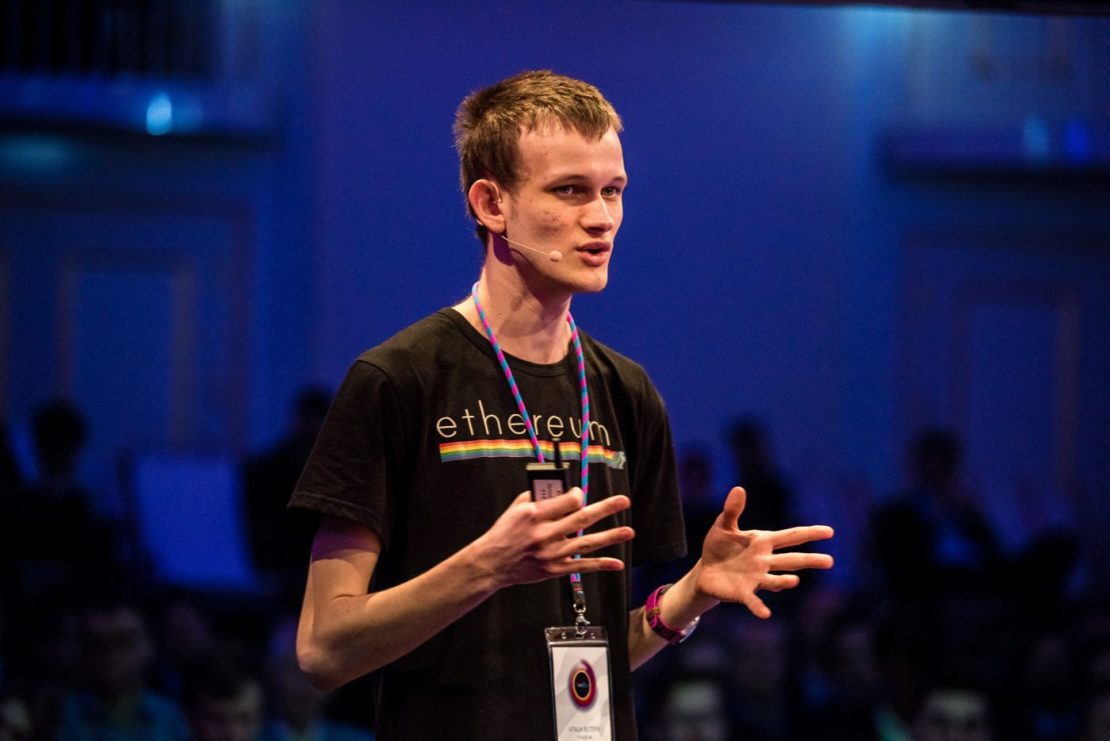 Finally, on June 2, 2021, Buterin spoke about the many problems associated with the transition to PoS. He complained about the human factor that is delaying the launch and transition to a greener and less costly consensus option. While the initial technical guidance was 3 months, that has now stretched to 18 months. At best, the PoW/PoS hybrid will begin operating in the second half of 2022. Moreover, developers expected to move to PoS within one year, but they've actually been working on it for about six years.

As a result, as of mid-October 2021, only phase 0 has been successfully implemented and completed. It passed last November, and was to move into phase 1 a year later to gradually merge the Beacon Chain to PoS with the core network (Eth1). The sidechain now has $3 billion of validation collateral concentrated in it. Due to high competition with other blockchains, as well as developer employment, the merger of Eth1 and Eth2 was postponed until later in the year, until the Shanghai hardfork.

But now there is a problem with the "complexity bomb," which has to be constantly postponed so as not to overload the network. The solution to postpone it has been laid out in the EIP-4345 update. This means that network consolidation is delayed until at least May 2022. Investors reacted by withdrawing funds because they expected to switch to PoS by the end of 2021. Now they will have to wait about another year at best. This affects Ethereum, which is gradually falling, trading now at $3,800 compared to $4,150 as of May 11, 2021.

Pros and Cons of switching to PoS

Considering that the epic with the final transition to Proof-of-Stake algorithm is postponed for at least a year, and most likely for a longer period of time, it seems that miners have nothing to fear for now. Video cards can be sold in no hurry as used junk, there is no need to cash out either, and in general to do business as before. Nevertheless, the main concerns of Ethereum miners are as follows:

Of course, the transition also has a lot of advantages, which, in fact, were intended by the developers:

What miners can expect

Accordingly, it is necessary to distinguish the situation with the future of ASICs and the future of video cards. As devices " tuned" to one algorithm (in this case Ethash), it will be possible to switch to similar projects like Ubiq or Expanse. Yes, the profitability here is not so high, but this is not a verdict even for such narrowly focused devices. Ethereum Classic was also relevant quite recently, but it switched to the improved Etchash algorithm during the Thanos hardfork. 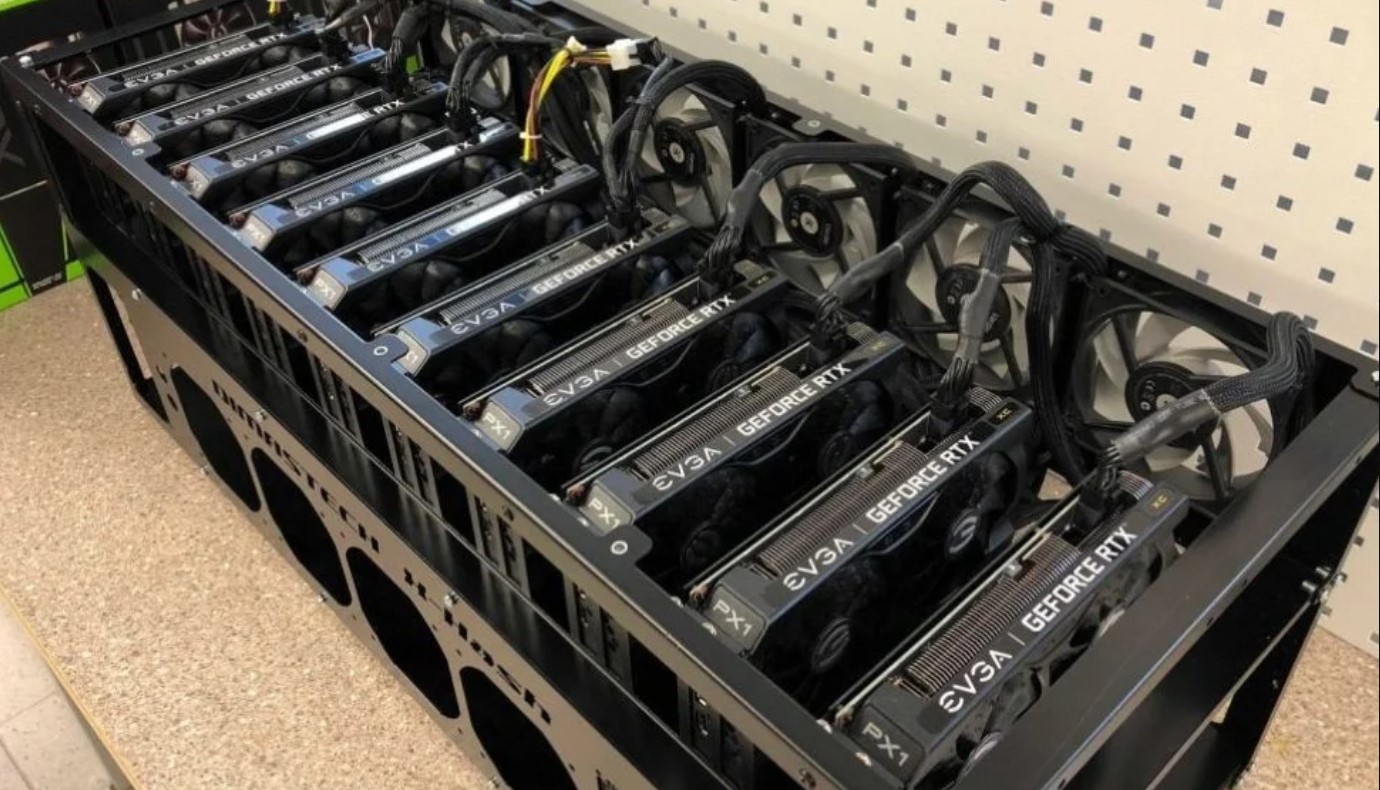 As for video cards, there are no restrictions at all, because they can run on absolutely any available cryptocurrency algorithm. The biggest advantage is that, except for some top cryptocurrencies, GPU owners no longer have to share hashrate with ASICs owners, because they, with few exceptions, are programmed mostly for SHA-256 and Scrypt algorithms (sometimes there is a rarer Kadena). In addition, it is always possible to diversify both cryptocurrency investments and hardware, i.e. to mine the most profitable coins on both ASICs and GPUs.

However, again, the exact timing of Ethereum's full and final transition to PoS is unclear, and it is possible that developers will choose a hybrid algorithm. This does not mean the end of GPU mining, but only requires diversification in blockchain choice. It is still possible to mine Bitcoin, Ethereum Classic, or any of the nearly 6,000 cryptocurrency projects available to anyone.